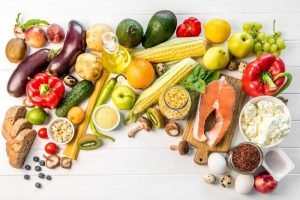 Antioxidants are compounds that the human body makes naturally. But you can also get antioxidants from different foods. They protect the human body against harmful molecules called free radicals. Free radicals may accumulate and cause oxidative stress. Oxidative stress unfortunately increases the risk of heart disease, cancers, type 2 diabetes and many other chronic diseases.

Fortunately, a diet rich in antioxidants can help neutralize free radicals and reduce the risk of these chronic diseases. Consuming different foods that were introduced in this article can help to strengthen the blood antioxidant level and bring many benefits to human health.

Scientists use several tests to measure the level of antioxidants in foods. One of the best tests is FRAP (plasma iron reducing ability). This test measures a food’s antioxidant level by how well it neutralizes certain free radicals. The higher the amount of FRAP, the more antioxidants the food has.

Blueberry is low in calories, but has many nutrients and antioxidants. According to the FRAP study, there are up to 2.9 mmol of antioxidants per 100 grams of blueberries. Some studies even indicate that among the fruits and vegetables that are commonly consumed, blueberries have the highest amount of antioxidants.

Pecans are a type of nut that grows in Mexico and South America. They are a good source of healthy fats and minerals, and contain plenty of antioxidants. According to the FRAP study, there are up to 6.10 mmol of antioxidants per 100 grams of pecan.

Although pecans are a great source of healthy fats, they are also high in calories. Therefore, they should be consumed in moderation.